Top 5 Best Programming languages that are used by Hackers

Since the early 1800s, programs have been used to direct the behavior of machines such as Jacquard looms, music boxes, and player pianos. The programs for these machines (such as a player piano’s scrolls) did not produce different behavior in response to different inputs or conditions.

Hacking is the art of legally penetrating enterprise networks in order to discover potential flaws that hackers might leverage for creating an entry point in a given network. The target of these hacking endeavors is to find out any exploit before they fall in the hand of harmful attackers and patch them before any attack could take place. Well, here are the Top 5 programming languages that are used by hackers.

Python is dynamically typed and garbage-collected. It supports multiple programming paradigms, including structured (particularly, procedural), object-oriented, and functional programming. Python is often described as a “batteries included” language due to its comprehensive standard library.

You can code on Python and compile online from here

Also read: How to learn Python Programming in 30 days?

Java is a general-purpose programming language that is class-based, object-oriented, and designed to have as few implementation dependencies as possible. It is intended to let application developers write once, run anywhere (WORA), meaning that compiled Java code can run on all platforms that support Java without the need for recompilation. Java applications are typically compiled to bytecode that can run on any Java virtual machine (JVM) regardless of the underlying computer architecture.

The syntax of Java is similar to C and C++, but it has fewer low-level facilities than either of them. As of 2019, Java was one of the most popular programming languages in use according to GitHub, particularly for client-server web applications, with a reported 9 million developers

You can code on JAVA and compile online from here

JavaScript, often abbreviated as JS, is a programming language that conforms to the ECMAScript specification. JavaScript is high-level, often just-in-time compiled, and multi-paradigm. It has curly-bracket syntax, dynamic typing, prototype-based object-orientation, and first-class functions. Alongside HTML and CSS, JavaScript is one of the core technologies of the World Wide Web. JavaScript enables interactive web pages and is an essential part of web applications.

The vast majority of websites use it for client-side page behavior, and all major web browsers have a dedicated JavaScript engine to execute it. JavaScript engines were originally used only in web browsers, but they are now embedded in some servers, usually via Node.js. They are also embedded in a variety of applications created with frameworks such as Electron and Cordova.

You can code on Javascript and compile online from here

Also Read: Top HTML Interview questions you should be ready for

Ruby is an interpreted, high-level, general-purpose programming language. It was designed and developed in the mid-1990s by Yukihiro “Matz” Matsumoto in Japan. Ruby is dynamically typed and uses garbage collection. It supports multiple programming paradigms, including procedural, object-oriented, and functional programming. According to the creator, Ruby was influenced by Perl, Smalltalk, Eiffel, Ada, Basic, and Lisp.

You can code on Ruby and compile online from here

Also Read: Which programming language does Facebook use to store, query, and update user data? 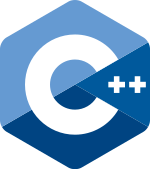 C++ is a high-level, general-purpose programming language created by Bjarne Stroustrup as an extension of the C programming language, or “C with Classes”. The language has expanded significantly over time, and modern C++ now has object-oriented, generic, and functional features in addition to facilities for low-level memory manipulation. It is almost always implemented as a compiled language, and many vendors provide C++ compilers, including the Free Software Foundation, LLVM, Microsoft, Intel, Oracle, and IBM, so it is available on many platforms.

You can code on C/C++ and compile online from here