Nowadays, Having one of the best antivirus software installed on your PC or laptop remains a necessity. We’re no closer now to defeat the cyber-criminals and hackers that plague the internet than we were a decade ago and it’s far too risky to leave your laptop, phone and another tech without virus protection.

In fact, cybercrime has actually been growing significantly year after year, which means that it’s clearly more important than ever to ensure that your gadgets are afforded the protection of the best antivirus out there, whether that’s the free antivirus or paid.

Still not have installed any of the antiviruses on your PC/Laptop? then here is a list of Top 5 Best Antiviruses to download in 2020.

MALWAREBYTES: Malwarebytes is primarily a scanner that scans for and removes malicious software, including rogue security software, adware, and spyware. Malwarebytes scans in batch mode, rather than scanning all files opened, reducing interference if another on-demand anti-malware software is also running on the computer. 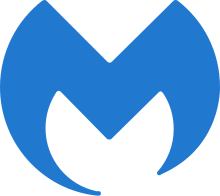 Malwarebytes is available in both a free and a premium paid version. The free version can be run manually by the user when desired, whereas the paid version can perform scheduled scans, automatically scan files when opened, block IP addresses of malicious web sites, and scan only those services, programs and device drivers that are currently in use.

BITDEFENDER ANTIVIRUS: Bitdefender is a Romanian cybersecurity and anti-virus software company. It was founded in 2001 by Florin Talpeș who is currently the CEO.

AVG ANTIVIRUS: AVG features most of the common functions available in modern antivirus and Internet security programs, including periodic scans, scans of sent and received emails

(including adding footers to the emails indicating this), the ability to repair some virus-infected files, and a quarantine area (virus vault) in which infected files are held.

F-SECURE ANTIVIRUS: F-Secure Corporation (formerly Data Fellows) is a Finnish cybersecurity and privacy company based in Helsinki, Finland. The company has 20 country offices and a presence in more than 100 countries, with Security Lab operations in Helsinki, Finland and in Kuala Lumpur, Malaysia.

The company develops and sells antivirus, password management, endpoint security, and other cybersecurity products and services. With Radar Managed Services vulnerability scanning and Rapid Detection Service as flagship products, the company continues to expand into the corporate market.