Fluent Design is a collective, open design system that ensures people, teams, and their products have the fundamental components and processes to build coherent experiences across platforms. Today, Fluent is simple in its emphasis on systematizing the fundamentals. It’s an attempt to optimize the process for both designers and developers through a shared foundation. At least in its initial stage, it’s as much about the process as it is about pixels and interactions.

Well, Fluent Design-based icons, for example, are a work-in-progress in Windows 10, and more recently, the company released a new look for a part of the icon set that you get in the operating system.

While a Redditor has created together both official icons and fan-made artwork in one large Icon pack that helps provide Windows 10 with a truly modern look.

Since Microsoft is taking too long, I have gone around the internet compiling all the Fluent Design icons that I could find. These include icons straight from Microsoft and fun-made. 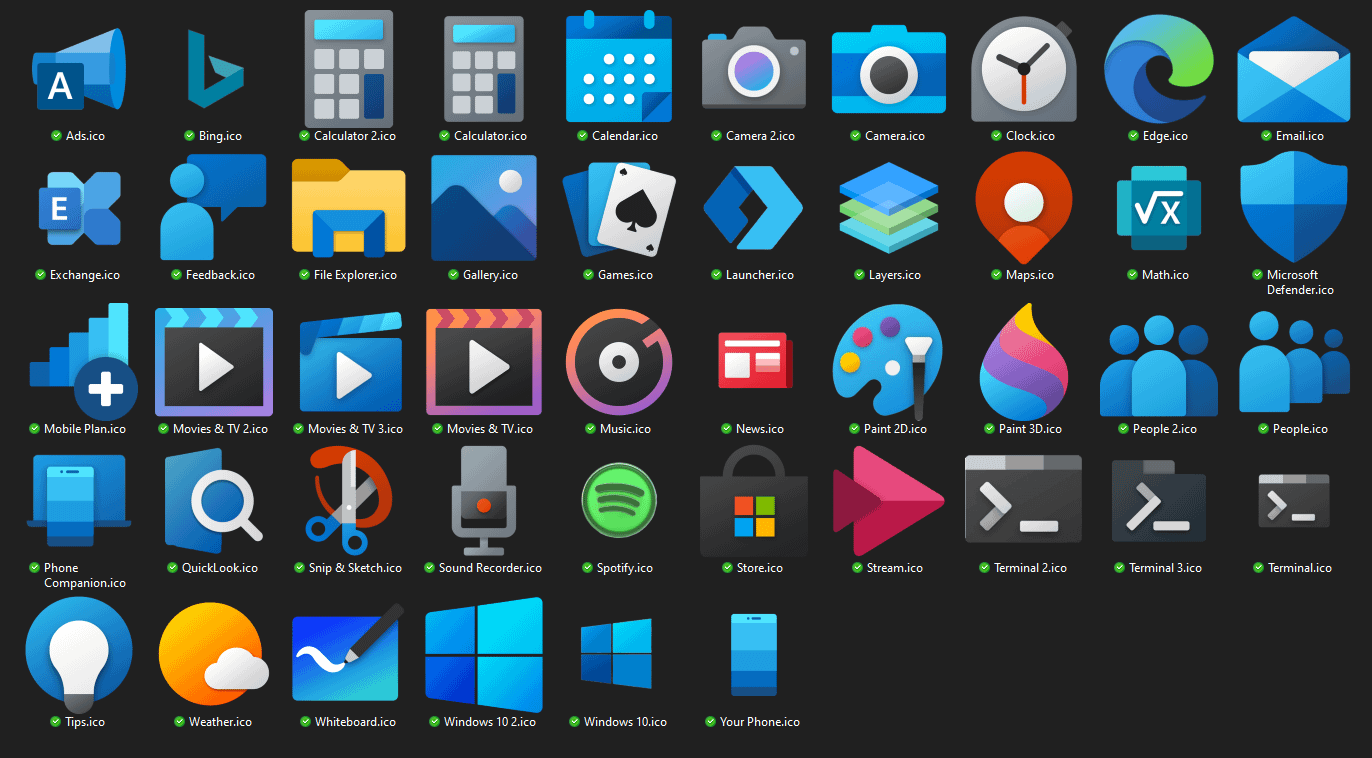 The icons, which include new designs for folders, Adobe software, Notepad, Office, PowerToys, Visual Studio, and other general apps in Windows 10, can be enabled in the operating system with dedicated software that allows such tweaks or manually using the built-in options and the registry.

Amazing!!! isn’t it? meanwhile, it will take a long time for Microsoft to implement this type of icon packs. If you liked the pack and wish to install it on your Windows 10 then download the pack from here.

Moreover, we had also reported a YouTuber named the Hacker 34 created his edition of the Windows 7 operating system that is refreshingly stunning. For more news on tech and cybersecurity stay tuned on Android Rookies by subscribing to our newsletter from here.