In the recent online event of Apple known as WWDC, the company after almost 20 years of macOS X moves to macOS 11 a Big Sur update. It is not yet been a week for the announcement of the macOS 11 and the user is running it. The User is an active member on Reddit and claimed that he installed macOS Big Sur on his Acer C720 Chromebook.

The user posted an image on Hackintosh subreddit and when asked about the specifications of the Chromebook running on macOS Big Sur update the user stated the following:

It’s quite amazing that someone has installed an upcoming macOS on a Non-Apple product and the biggest thing without any official patches available. When asked about the requirements to install the update, the user replied:

Not suitable for average users yet. Basically:

It’ll probably be some time before I can get around to upstreaming the patches made to the kexts. Doesn’t make much sense to write a guide yet as the upstream kexts aren’t ready yet, and it requires a custom BIOS 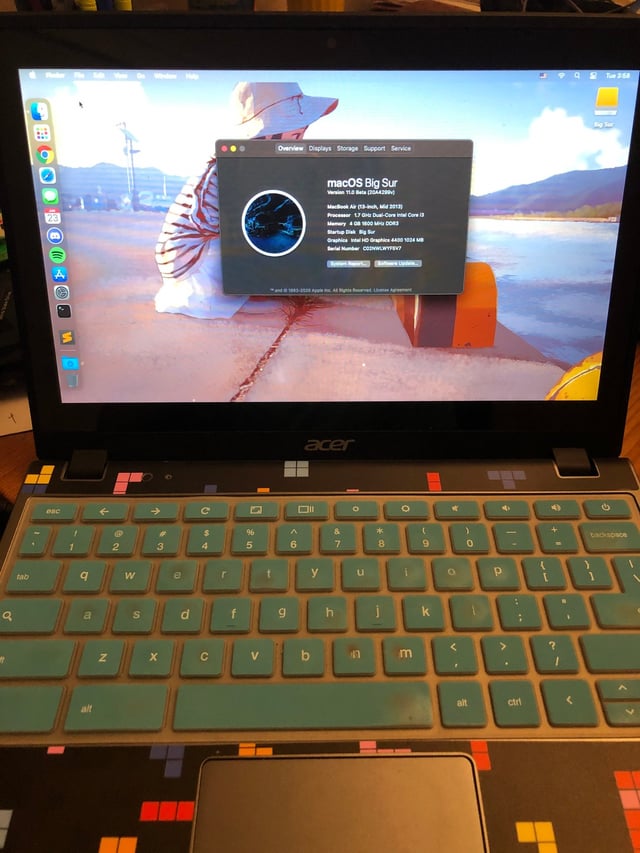 Apple has only released the first developer preview of macOS Big Sur and there are chances that this Chromebook Hackintosh might not be usable and lacks functionalities like WiFi and Bluetooth. Also, take a look at the features of the new macOS 11 a Big Sur update:

What is your view on Apple’s Big Sur update installed by the Redditor? Do mention your views in the comment section below. For more news on tech and cybersecurity subscribe to our newsletter from here