An Indian hacker named Vinoth Kumar was able to hack into Facebook using a vulnerability in the Facebook Login SDK for JavaScript. He used a Cross-Site Scripting (XSS) attack to successfully mount a hack on the Facebook.com domain.

Vinoth Kumar works with the HackerOne guys and is mostly into finding open dashboards and credentials. This one time he decided to venture into something different. “I think DOM XSS through postMessage is an underrated vulnerability and mostly unnoticed by a lot of bug bounty hunters,” he says in his blogpost.

Vinoth visited Facebook.com looking for postMessage vulnerabilities. Normally a website uses an iframe communication on widgets, plugins, or web SDKs. Vinoth started poking around with the Facebook third-party plugins for vulnerabilities. This is when he noticed that the Facebook Login SDK for JavaScript creates a proxy iframe v6.0/plugins/login_button.php for cross-domain communication. In the iframe, Facebook renders the Continue with Facebook button.

Vinoth found it interesting that the javascript SDK sends an initial payload to the proxy frame which contains the button’s click URL.  When the SDK communicates with Facebook plugin iframe the URL param is sunk to an i variable and when the button click event triggers the below function is getting executed. 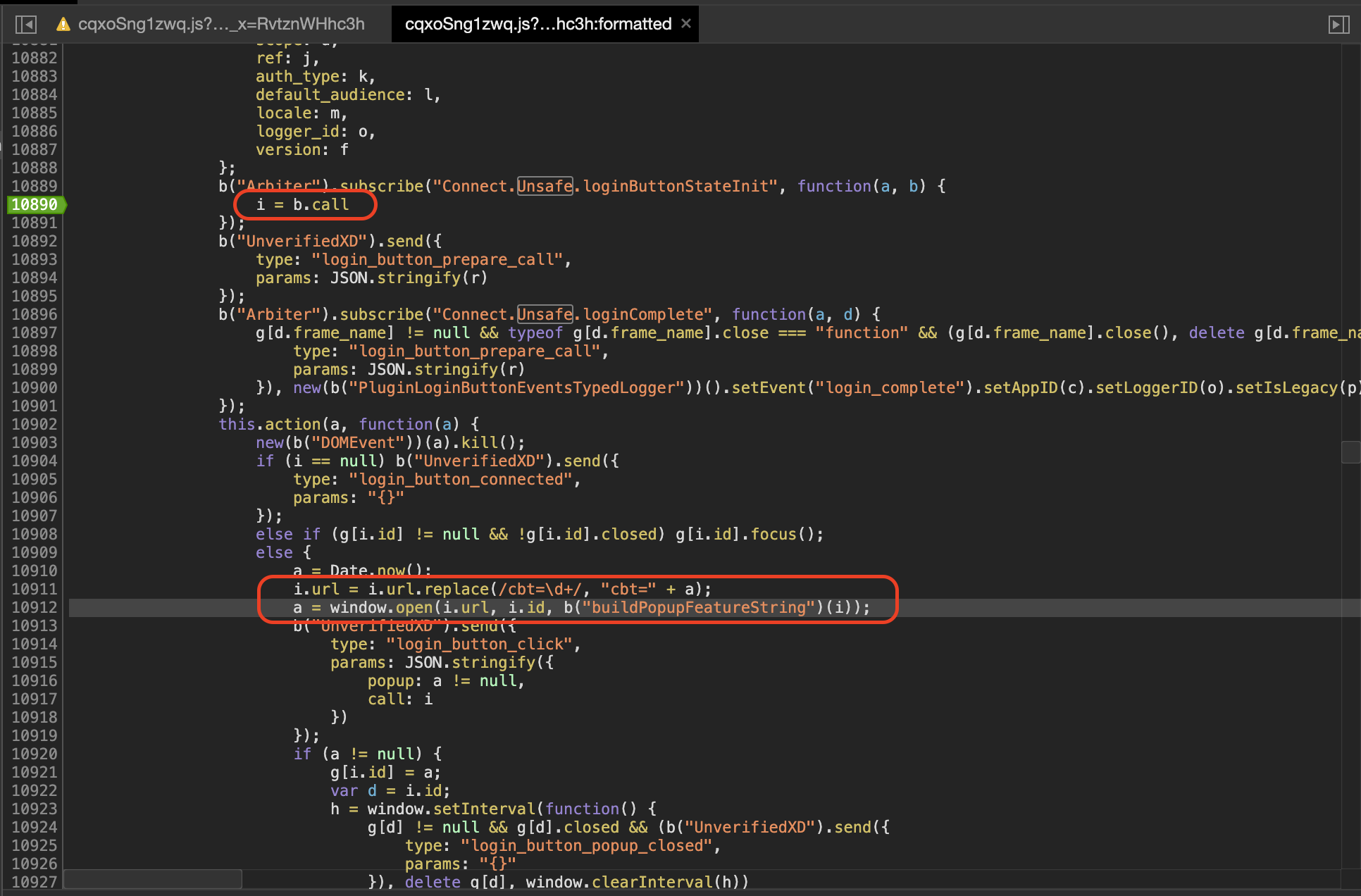 Vinoth immediately knew that he could exploit this feature with a Cross-Site Scripting (XSS) payload. He found that window.open(‘javascript:alert(document.domain)’) DOM XSS could be exploited and there’s no URL/schema validation in the javascript. He found that if he sent an XSS payload with the following command:

to https://www.facebook.com/v6.0/plugins/login_button.php iframe and if the user click’s the Continue With Facebook button the javascript: alert(document.domain) would be executed on the Facebook.com domain.

Exploiting the Iframe to hack Facebook.com

There are two ways to exploit this issue.

He has already listed the PoC on his blogpost. As this endpoint intentionally missing the ‘X-Frame-Options’ or the CSP ‘frame-ancestors’ header, this page could easily be embedded into the attacker’s page.

Facebook fixed this by adding the Facebook.com regex domain and schema check in the payload URL param.

Vinoth then approached the Facebook security team which acknowledged the vulnerability and awarded him $20,000 as a bug bounty for finding the flaw.