Almost all PC/laptop users have used Windows at some point in time in their life. While Windows and its maker, Microsoft have gone strength to strength starting from scratch Windows 1.0 released in 1985 to  Windows 10 released in July 2015, one thing that has remained common is the fearsome Blue Screen of Death(BSoD).

The appearance of Blue Screen of Death, also known as the infamous BSoD on your Windows PC often meant lost work and some times even bricked PC.  BSoD is technically a fatal crash that your computer some hardware error when something goes wrong. So the only way to recover after a BSoD is to reboot the system. While the modern PCs/laptops can recover from a BSOD crash and even recover some of the work the user was doing before the crash, in earlier times, it meant the PC/laptop need serious repairs.

Microsoft has also created a Green Screen of Death, or GSoD, for the Windows Insider program which is preview builds of Windows 10 operating system. The GSOD helps the software giant distinguish fatal Windows crashes encountered on Windows 10 preview.

Blue Screen of Death (BSoD) gets a place at Louvre Museum in Paris, France

The BSoD is permanently etched on the minds of PC/laptop users. But now it has found the pride of a place at the world-famous Louvre Museum in Paris. The Louvre is home to famous art objects like the Mona Lisa, Eygptian, Armenian, Michelangelo, Raphael, etc. Now, it is home to the iconic Windows BSoD as a grim reminder of the evolution of computers.

It was spotted by a redditor who took this pic : 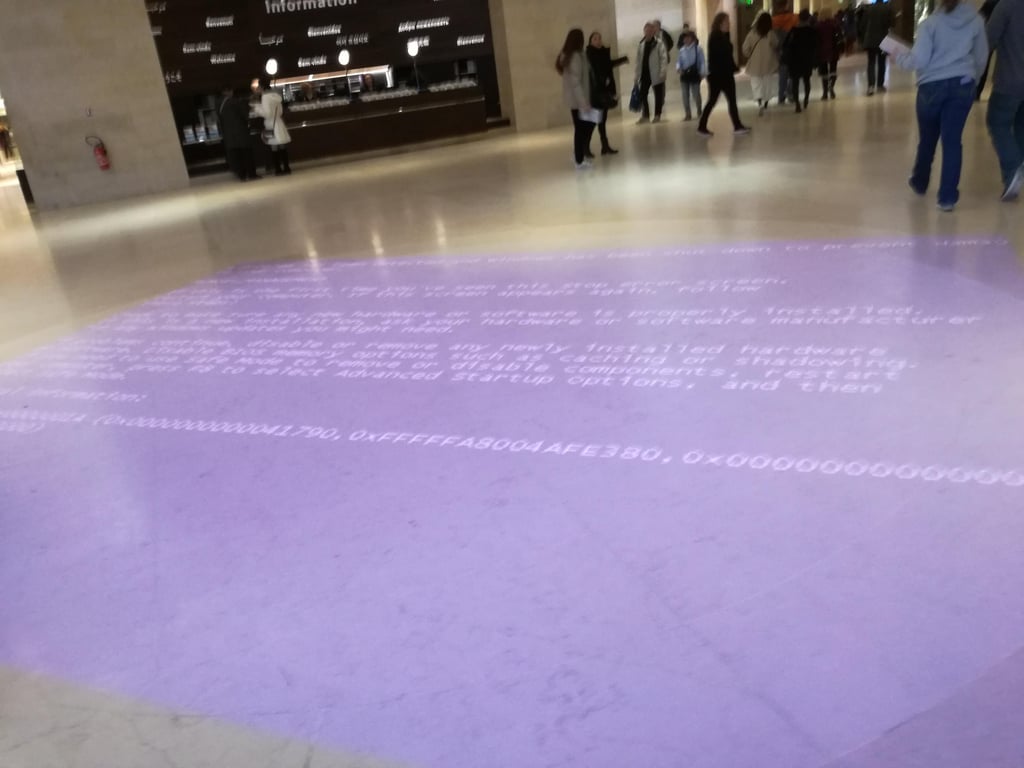 The Windows BSOD image at the Louvre Museum is of fatal crash experienced by an older version of Windows 10. Newer versions of Windows 8.1 and Windows 10 sport a more recent BSoD image.