We reported in April about the breach in April, when Hackers breached160,000 Nintendo Switch user accounts, but according to some reports, the number of hacked accounts has nearly doubled. hackers managed to break into Nintendo servers and steal Nintendo Network ID (NNID) which the Switch users require to log into the Nintendo gamer servers.

The attack is still being investigated by the experts and according to them the users who connected their old Nintendo 3DS and Wii U Nintendo Network ID, or NNID, to the Switch were affected by the breach. Nintendo now uses a system called Nintendo Account, but the company allowed people with existing NNIDs to connect those to their new Nintendo Account. Nintendo said it no longer allows NNID logins on the Switch.

However, Nintendo has informed the users that are been affected by the breach, if your account was breached you will receive an email as below: 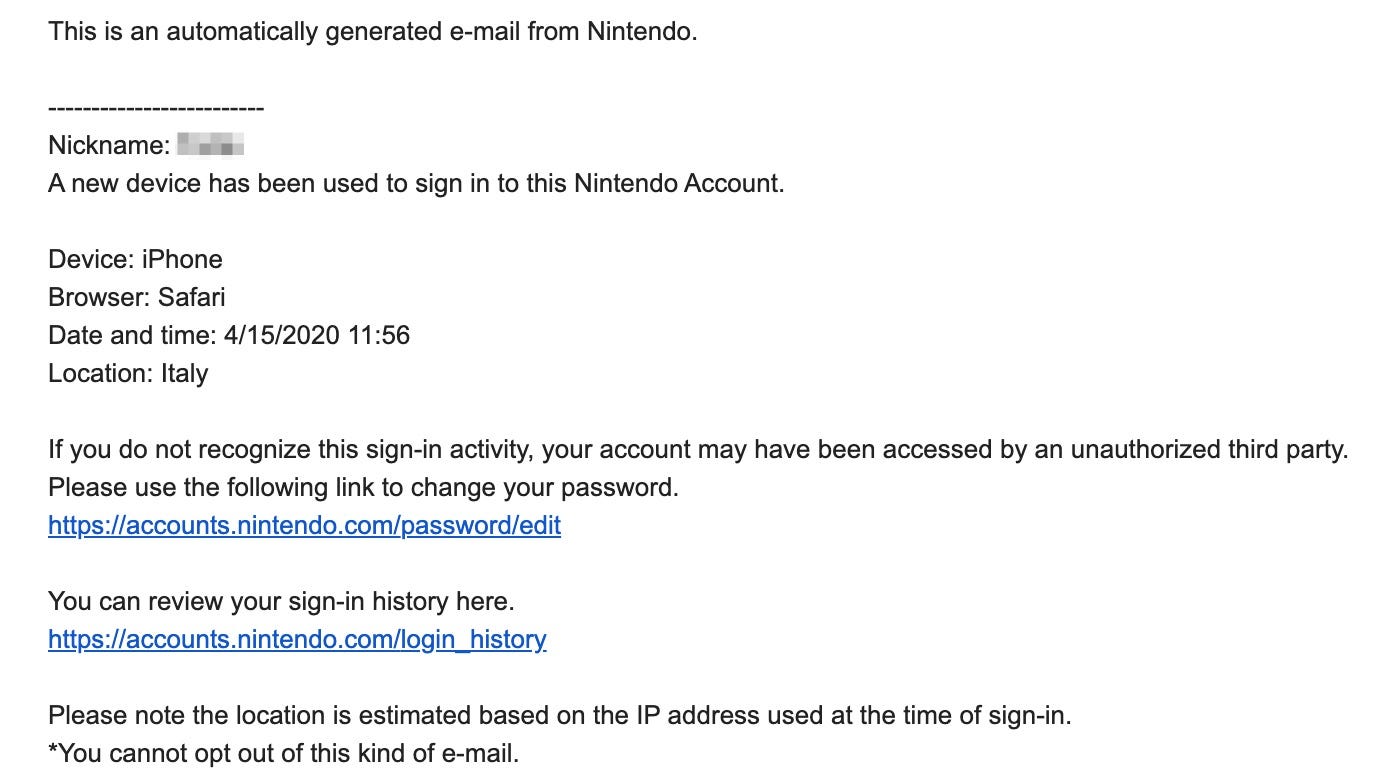 Nintendo does not have more information about how the hackers managed to access user accounts and what user records were stolen by the hackers. It seems hackers gained access to the account’s private information, including their nickname, date of birth, country/region, email address, and more. Payment related information such as Credit/Debit card details and security settings have not been breached according to Nintendo.

Well, Nintendo advises you to change your password and associated with both your Nintendo Account and your Nintendo Network ID. Second, you should set up two-factor authentication, which adds an extra layer of security on top of a password. To stay updated on Tech and cybersecurity news subscribe to our newsletter from here