The long-rumored Microsoft Surface Duo is now finally up for pre-orders. The company said that its first Android Smartphone will be available from today for pre-orders at $1,399(Rs 1,04,641.77 approx). Microsoft’s dual-screen Android smartphone that was first announced back in October 2019 will be up for pre-orders and will probably ship by September start. The company has also revealed all the specs and features that are going to come with the Surface Duo Android Smartphone. 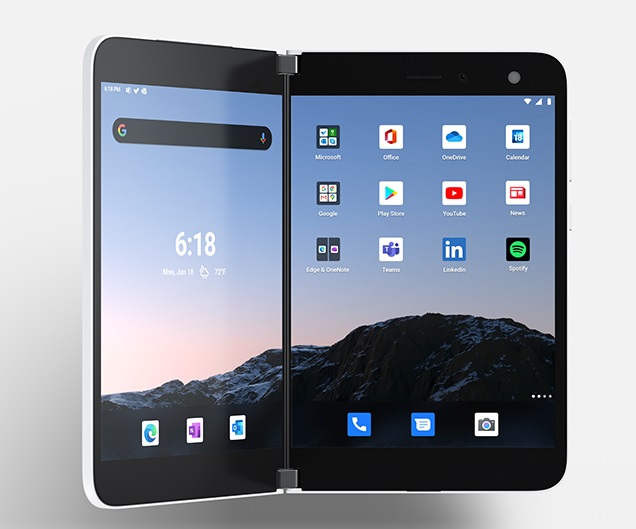 The company’s first Android Smartphone is featured with just one 11-megapixel camera at the top of the right display, which can be used as both for Selfies and as a rear camera. The displays themselves are AMOLED panels with a pixel density of 401. Surface Duo will come with a 3460mAh battery and feature USB-C fast charging.

As far as the connectivity is concerned, the Surface Duo features 4G connectivity which means it won’t feature the most awaited 5G connectivity. Meanwhile, the smartphone will be running on Android 10 and powered by 6GB RAM and 128GB or 256GB UFS 3.0 storage.

What do you think about Microsoft’s first-ever Android Smartphone? Do mention your views in the comment section below. For more news on tech and cybersecurity stay tuned on Android Rookies by subscribing to our newsletter from here.