The Tencent Games most Popular and Best Game of 2018: PUBG Mobile to start its new Season 13 on 7th May. The Update comes with the updated Miramar and Sandstrom Map. The Update also consists of a new Evoground Mode: Bluehole. The PUBG mobile also adds an exciting feature called Points Protection against the hacker.

The PUBG Mobile update 0.18.0 will be launched on May 7th with new Season 13 Start. The Update is sized about 1.98GB for Android Smartphones and 2.2GB for iOS. Below are all the features of the latest update 0.18.0 in detail:

1. New Evoground Mode: Bluehole Mode: In Bluehole mode, there will be two zones in Erangel, an inner and outer zone. The inner zone will represent the next safe zone, and as long as the outer zone is present, players will lose health in the inner zone. 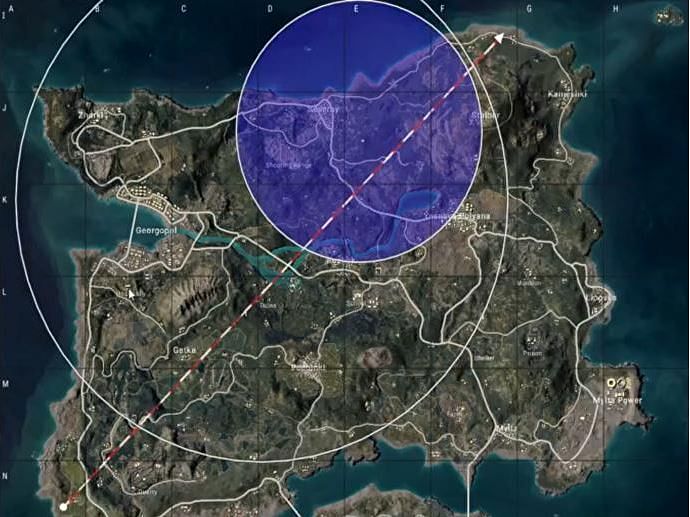 2. Guncraft: Guncraft is a new customizable weapon system. It will be introduced sometime after the update. The Guncraft feature will allow players to change color, pattern, and emblem of their weapons.

3. Point Protection against hackers: It happens quite often that a player loses points after being killed by a cheater. Well, the new Point Protection system is to prevent that from happening. After it’s confirmed that a cheater killed someone, the affected player will get back all the lost points.

Also, players can find totems that will grant them a blessing or an item. Finally, there will be jungle food, and eating them will give players some mysterious abilities.

You can download the latest PUBG APK from here.

6. Updated Miramar With Sandstorm: There will be a bunch of visual changes in Miramar, starting with a Sandstorm in the middle of the map. In terms of the visual changes, the new map will get a Racing Ramp, Golden Mirado, Vending Machine, and Water City.

Well, there are more changes like in-game stability, and much more. We assume that the new season 13 will start by May 12th. However, stay tuned on Android Rookies regarding future updates on PUBG Mobile.