The Shanghai-based Unihertz project has recently launched Jelly 2 which is the successor to Jelly. Unihertz launched Jelly a small smartphone back in 2017 and also has a small lineup of similar compact phones such as Unihertz Atom. The company has it’s Jelly 2 Android 10 4G Smartphone listed on Kickstarter for crowdfunding.

Jelly 2 brings more hit features than the previous Jelly while still maintaining a credit card size. This 4G mini smartphone is designed to act as a companion device to your regular cell, one that you can more easily use for nights out, exercise, or when taking a break from your full-sized smartphone.

Back in 2017, the company took Kickstarter by storm with the first Jelly, earning over 10,000 pledges from the community. Since then, Unihertz has launched four successful Kickstarter campaigns and delivered over 30,000 units to smartphone fans in over 70 countries.

So this is the 5th Kickstarter campaign that the company has started and its come well off. As of now while writing this article, the amount of US$ 851,288 already has been pledged, where the company had set a US$ 50,000 goal. 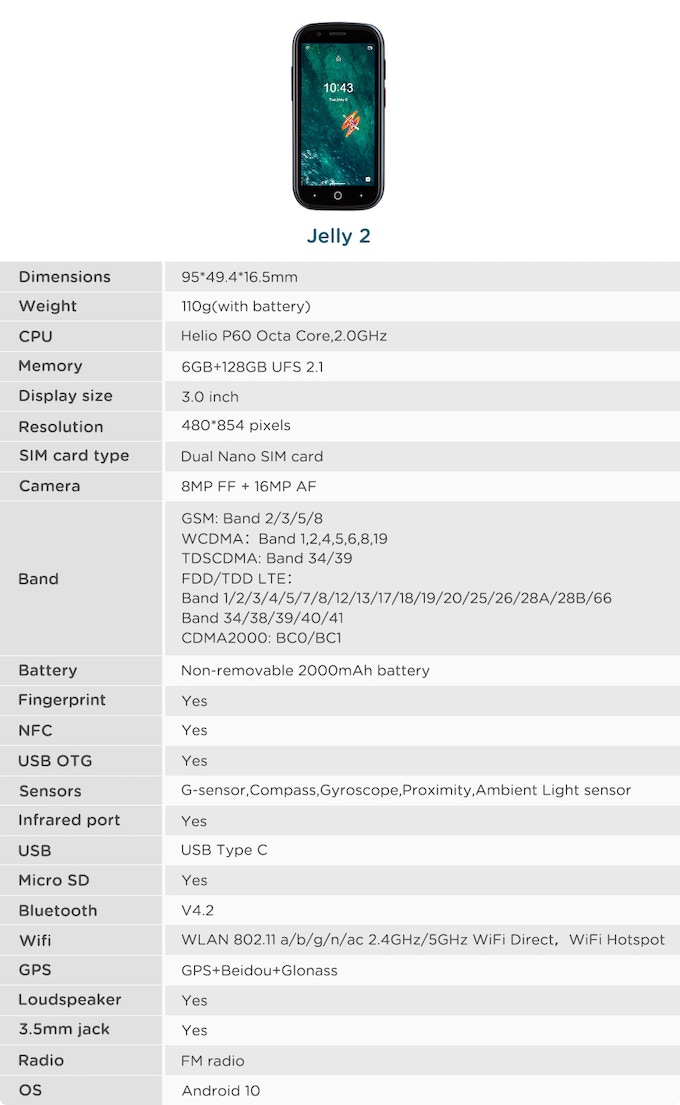 If you look at the Jelly 2 specification the Android 10 4G smartphone supports 6GB+128GB RAM and Storage respectively. The smartphone is powered with 2.0 GHz Helio P60 Octa-core processor and weighs 110 grams. The phone sports a 16MP camera at back and an 8MP camera for selfies on the front. In terms of battery, the phone is powered with a non-removable 2000 mAh battery and runs on Android 10.

Whereas, Kickstarter is a good platform to share your ideas and it’s great to see many good designs. For more news on tech and cybersecurity stay tuned on Android Rookies by subscribing to our newsletter from here.