Back in 2019, Flipkart partnered with Nokia that grants it the use of the Nokia brand for smart TVs in India – a global first for the brand in the TV category. Now Flipkart along with Nokia has launched Nokia Media Streamer to compete with Amazon Fire TV Stick. It was known that like the other streaming devices such as the Mi TV Stick and the Amazon Fire TV Stick, Nokia Media streamer will also connect to your television through the HDMI port, and to the Internet via Wi-Fi to fetch streaming content.

Today marks the start of an exciting new chapter for the Nokia brand in a new category…Flipkart’s understanding of the needs and behaviors of Indian consumers, and the power of its reach, will help it make Nokia branded smart TVs accessible and affordable to many, 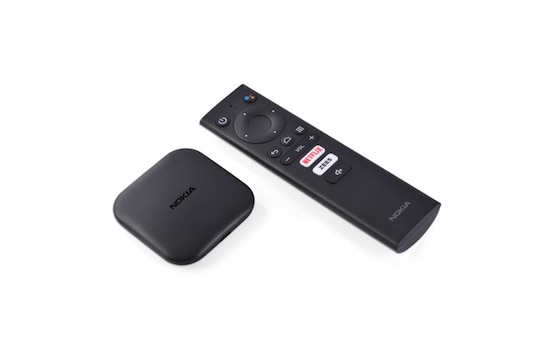 The device description says that the remote enables Google Assistant support, and also has hotkeys for using Netflix and Zee5. The Nokia Media Streamer is powered with a quad-core processor along with a Mali 450 GPU. The device is featured with 1GB of RAM and 8GB of internal storage for apps and app data, along with Wi-Fi connectivity.

Using the storage and the Nokia Stramer features you can also download and stream content from a variety of services with the help of Google Play Store. Nokia also claims that the new Nokia Media streamer will only be available in India as of now. It is also known that the device will be made exclusively available with Flipkart and will go on sale from 28 August.

What do you think about Nokia Media streamer? Do mention your views in the comment section below. For more news on tech and cybersecurity stay tuned on Android Rookies by subscribing to our newsletter from here.